Houston, Weed Have a Problem – Guns and Marijuana | Trigger Pressers

Houston, Weed Have a Problem

This article was last updated on December 7, 2020.

Can someone with a Florida Medical Marijuana Card legally buy and possess firearms and ammunition?

The Legalization of Medical Marijuana in Florida

In June of 2014, Florida became the 22nd state to legalize medical marijuana to some degree with the Compassionate Medical Cannabis Act of 2014. In March of 2016, the Medical Use of Cannabis Act expanded access from low-THC to full-strength medical marijuana for certain patients. And in June of 2017, the Medical Use of Marijuana Act expanded access even further. 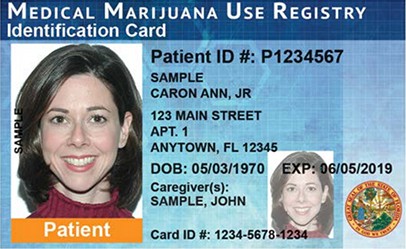 So What’s the Problem?

State and federal laws are currently in direct conflict with each other. Even though Florida and many other states have legalized marijuana in one way or another, the federal government still considers it to be illegal and the FDA does not recognize it as medication.

This presents two problems: one with buying firearms, and the other with possessing firearms.

Gun dealers, officially referred to as Federal Firearms Licensees or FFLs for short, are licensed by the federal government and must abide by all federal laws and regulations. As stated previously, federal law says marijuana is illegal.

To put it bluntly (pun intended), when it comes to medical marijuana, the feds don’t care what Florida thinks. They even sent this letter to all of the gun stores to make it clear they don’t care.

They’ve also made it clear to you and me. When you buy a firearm from a licensed dealer you complete a “Firearms Transaction Record” (ATF Form 4473).

Question 11.e. on this form asks, “Are you an unlawful user of, or addicted to, marijuana or any depressant, stimulant, narcotic drug, or any other controlled substance?” I know what you’re thinking: “If I have my Florida Medical Marijuana Card then I’m not an unlawful user, right?”

But, therein lies the problem. You are an unlawful user as far as they are concerned! Remember, the feds don’t care what Florida thinks. And they even provide you with a stern warning in bold text to make sure you know it: “The use or possession of marijuana remains unlawful under Federal law regardless of whether it has been legalized or decriminalized for medicinal or recreational purposes in the state where you reside.”

If you are a marijuana user then you are prohibited from purchasing a firearm from a dealer because you cannot satisfactorily complete Form 4473 without lying, and lying on the form is a federal offense.

Right now, you’re probably saying to yourself, “Then I’ll just buy my guns through private party sale and I won’t have to worry about Form 4473.”

Even the mere possession of firearms or ammunition is a federal offense if you are “an unlawful user of or addicted to any controlled substance” (18 U.S.C. 922(g)(3)).

We’ve already established that the Controlled Substances Act (21 U.S.C. 812) explicitly lists marijuana as a controlled substance, so if you are a marijuana user you are prohibited from possessing firearms and ammunition by federal law.

But How Will They Know?

So you’re willing to take a chance that the ATF is too busy with bigger fish than some guy down in Florida who owns a few guns and likes to smoke a little weed. After all, the Commissioner of Agriculture and Consumer Services herself has both her Medical Marijuana Card and her Concealed Weapon or Firearm License.

You’re probably right, but that doesn’t make it legal and there’s no guarantee. After all, I’m willing to bet Henry Haas didn’t think he would be sitting in federal prison and $2,000 in the hole right now.

Remember that registry I told you earlier to keep in mind? If you have a Medical Marijuana Card, your name is in that registry. This means if you answer “no” to question 11.e. on Form 4473, not only are you committing a felony but there’s also a paper trail to prove it.

And if you have a Concealed Weapon or Firearm License and a Medical Marijuana Card, you are literally listed in two databases that conflict with each other under federal law. All it takes is one bored ATF Agent and you may wake up on the other side of the bars.

Be Smart. And Be Wise.

I purposely kept my personal opinion and political views out of this article. Why? Because they don’t matter.

Likewise, your personal beliefs regarding the legalization or decriminalization of marijuana will have no bearing on whether or not you land yourself in jail or federal prison. The only thing that matters is what’s in black and white: If you are a marijuana user, purchasing or possessing firearms and ammunition is playing with fire. Love it or hate it, that’s the way it is. For now.

It is my recommendation that you not do anything that is going to get you in trouble. But I can only educate you with what I feel is relevant information. The choice is yours.